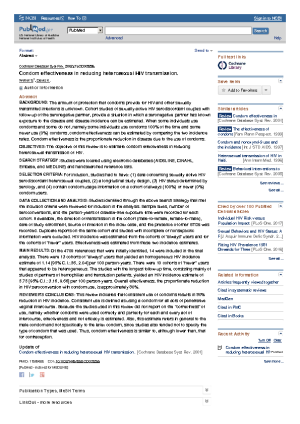 Review of 14 rigorous studies to re-estimate condom effectiveness in reducing heterosexual transmission of HIV. Finds consistent condoms use results in an 80% reduction in HIV incidence, i.e 80% less than the particular act without condoms. Consistent use is defined as using a condom for all acts of penetrative vaginal intercourse.

Recent meta-analyses of condom effectiveness suggest that condoms are 60 to 70% effective when used for HIV prophylaxis. A re-examination of HIV seroconversion studies suggests that condoms are 90 to 95% effective when used consistently, i.e. consistent condom users are 10 to 20 times less likely to become infected when exposed to the virus than are inconsistent or non-users. Similar results are obtained utilizing model-based estimation techniques, which indicate that condoms decrease the per-contact probability of male-to-female transmission of HIV by about 95%. 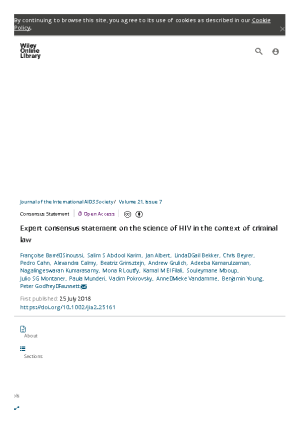 Twenty scientists from regions across the world developed this Expert Consensus Statement to address the use of HIV science by the criminal justice system. Description of the possibility of HIV transmission was limited to acts most often at issue in criminal cases. The authors recommend that caution be exercised when considering prosecution, and encourage governments and those working in legal and judicial systems to pay close attention to the significant advances in HIV science that have occurred over the last three decades to ensure current scientific knowledge informs application of the law in cases related to HIV. 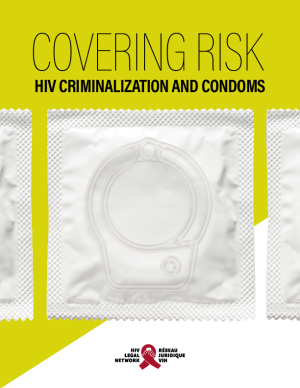