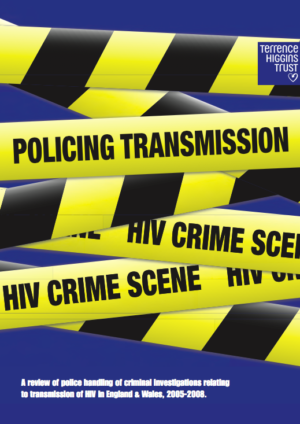 A review of police handling of criminal investigations relating to transmission of HIV in England and Wales, 2005-2008.  The report was used as evidence to argue for both prosecutorial and police guidance.  To get a sense of its findings and impact see also the aidsmap.com coverage of the launch of the report held in the UK House of Commons in January 2009.