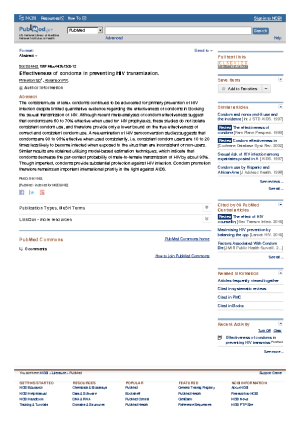 Recent meta-analyses of condom effectiveness suggest that condoms are 60 to 70% effective when used for HIV prophylaxis. A re-examination of HIV seroconversion studies suggests that condoms are 90 to 95% effective when used consistently, i.e. consistent condom users are 10 to 20 times less likely to become infected when exposed to the virus than are inconsistent or non-users. Similar results are obtained utilizing model-based estimation techniques, which indicate that condoms decrease the per-contact probability of male-to-female transmission of HIV by about 95%.