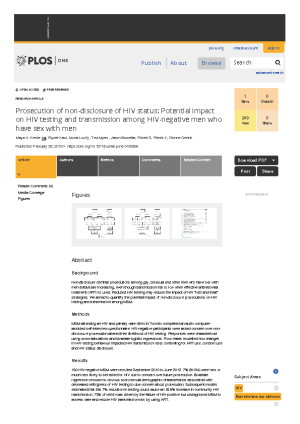 Aims to quantify the potential impact of non-disclosure prosecutions on HIV testing and transmission among MSM. Found that fear of prosecution over HIV non-disclosure was reported to reduce HIV testing willingness by a minority of HIV-negative MSM in Toronto; however, this reduction had the potential to significantly increase HIV transmission at the community level which has important public health implications. 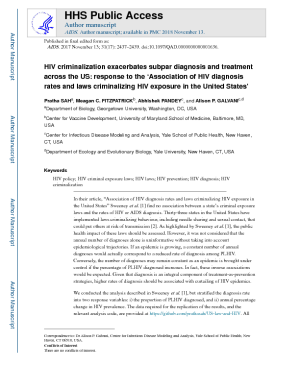 Revisits the analysis described in Sweeney et al. (Association of HIV diagnosis rates and laws criminalizing HIV exposure in the United States), but stratifies the diagnosis rate into two response variables: i) the proportion of PLHIV diagnosed, and ii) annual percentage change in HIV prevalence. Counter to the conclusions of Sweeney et al., the researchers’ analyses indicate that laws criminalizing HIV exposure are associated with a lower proportion of HIV diagnosis and increased HIV prevalence. 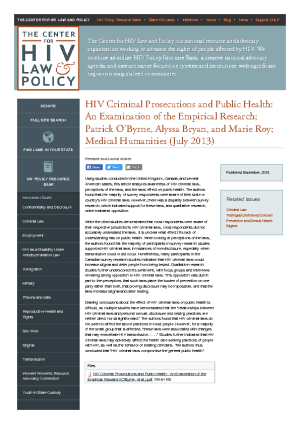 Found that people at high risk of HIV living in states with HIV-specific statutes were no more or less likely to report HIV testing. However, HIV testing decreased following media coverage of HIV cases. The application of criminal laws had a negative impact on HIV testing rates among those most at risk of HIV infection, adversely affecting public health. 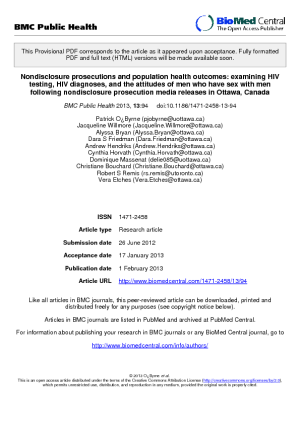 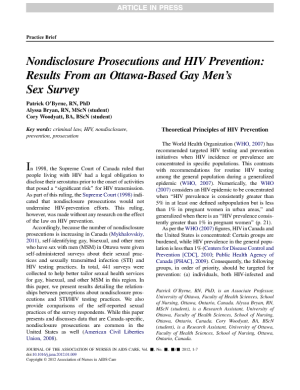 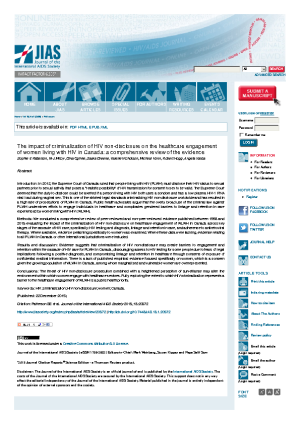 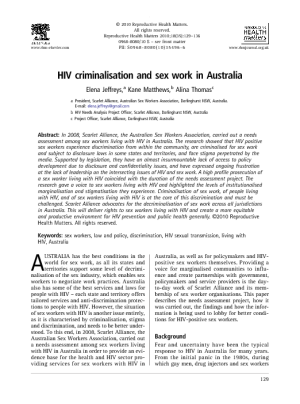 Reports that following the high profile prosecution of an HIV positive sex worker (no transmission), sex workers became fearful of HIV testing for HIV. In the four-week period following the court case, attendance at the sex worker outreach medical service dropped from an average of 40 per night to three. 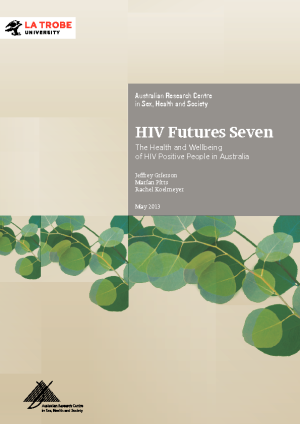 Survey of people living with HIV found 30% were concerned about disclosing their sexual practices to service provider (and 13% were uncertain) ‘because of the current legal situation’.

Survey of more than 700 PLHIV found that almost half felt it was somewhat reasonable or very reasonable to avoid testing because of fear of prosecution.